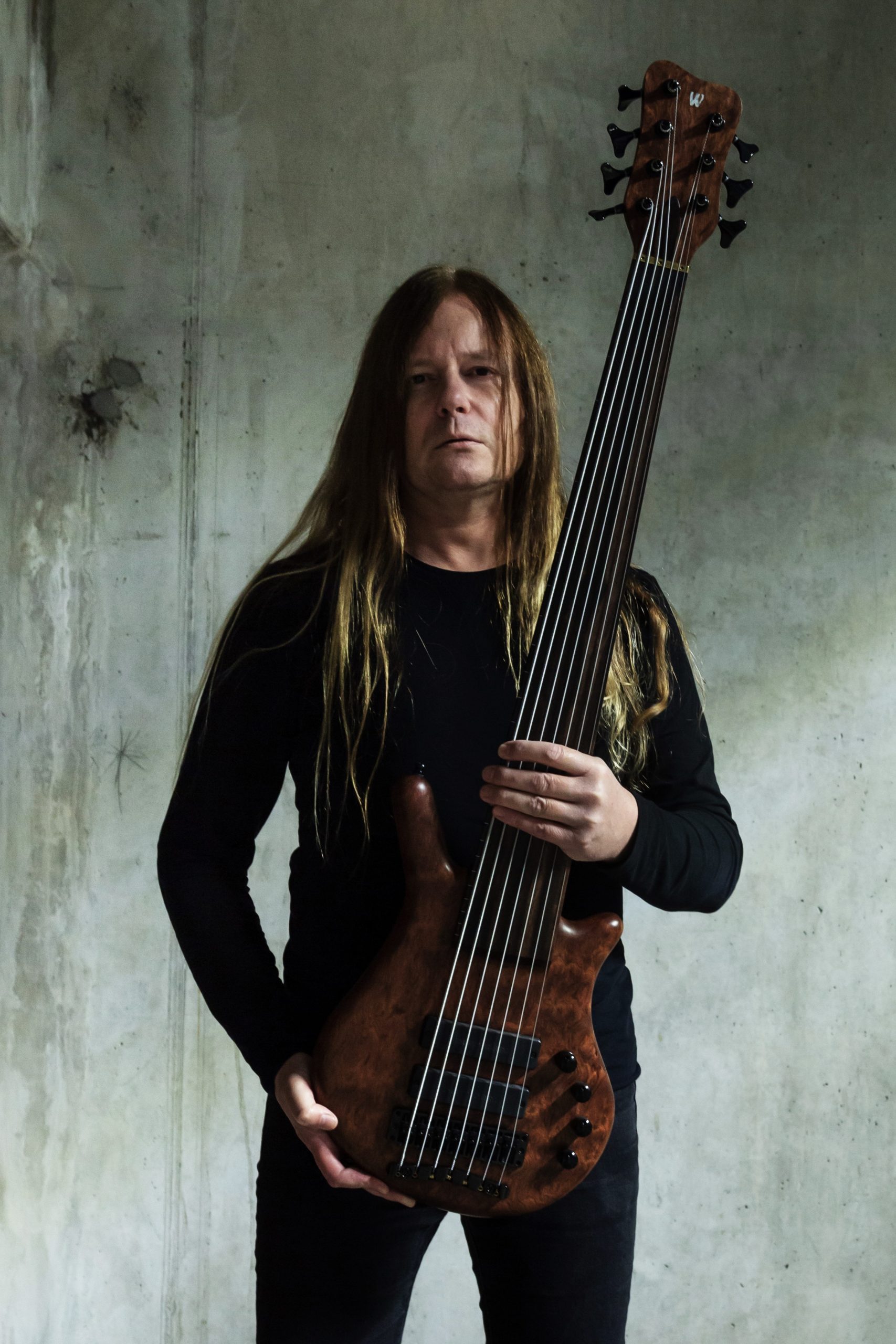 Jeroen Paul Thesseling about his bass and the recording of OBSCURA‘s upcoming album:

In 1993 I started playing Thumb NT basses built by Warwick. We have had a long term relationship since then. The renowned German bass luthier is famous for their high-end craftsmanship and also for being open minded towards their players. The Thumb NT series have a very particular sound character that you won’t find with any other bass guitar. Already during the early days when I worked with Pestilence I preferred to have a clear mid-frequency oriented articulation. During my musical career I never found a better sounding bass. In 2011 Warwick built a 7-string version for me, which is strung with a subcontra F#-tuning. Since that same year the [fretless] Thumb NT7 model became my main instrument and therefore will also be used to record the upcoming Obscura album.

Further information can be found at www.jeroenpaulthesseling.com/instruments.htm