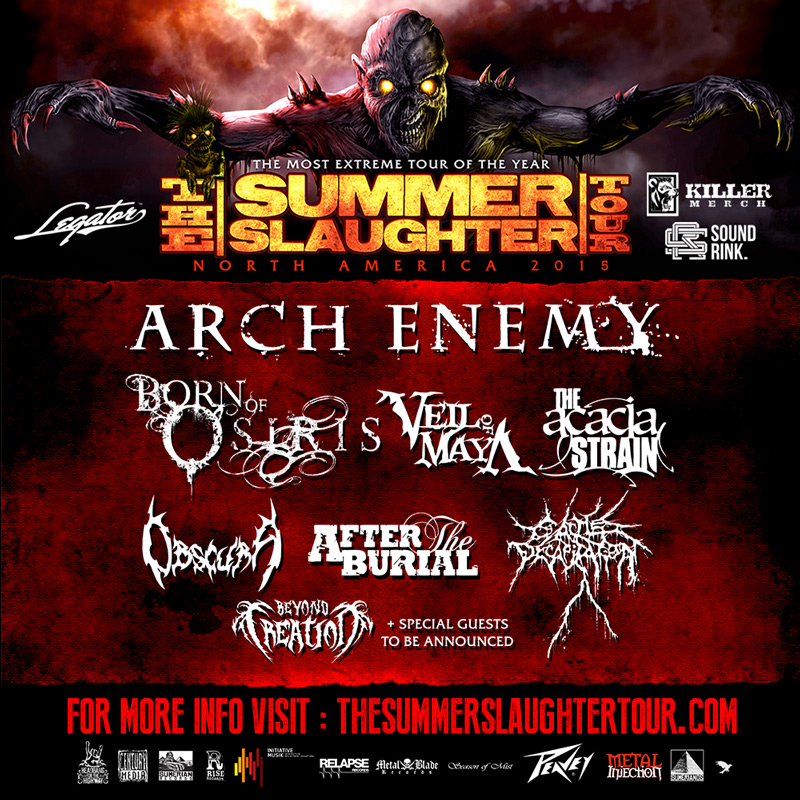 Obscura won’t be able to participate in this year’s Summer Slaughter due to visa issues. We started the visa process in April a few days after we confirmed the tour but it seems that US Immigration is a lottery to get a visa in time or not.

We lost all of our flights, our gear is in Los Angeles, our US crew lost their job for a whole month and the 3000 US$ we paid for visas are non-refundable. In total Obscura lost 15000 US$ with this stunt to be straight. This is an existential amount of money for a band of this size. And personally, I face this situation a second time after 2012’s Death DTA disaster.

We have been prepared, hired a professional agency to have all visas been applied for correctly and in time – starting in April. The immigration failed to file a necessary I-797 form (the final work permission) from June 3rd – this takes up to two weeks according to their official information but they did not even started at this point, so we won’t get an estimate when we can pick up our passports/visas. To clarify, if we would try to get into the country with a tourist visa or without a visa at all the band will get deported on our own costs and get banned from the United States for 10 years.

If we jump on the tour at a later point we will lose even more money since all of our gear, production and breakables arrived in Los Angeles two weeks ago. Also booking flights a second time costs us another 8000 US$. Our coach is based in Los Angeles and paying 1000 US$ per day until we finally would be able to enter the country would ruin the band completely.

It is a bitter, frustrating situation we, our loyal fan base and all promoters and agents have to face right now. We won’t give up and we will come back to the United States, but we have to drop off Summer Slaughter 2015.