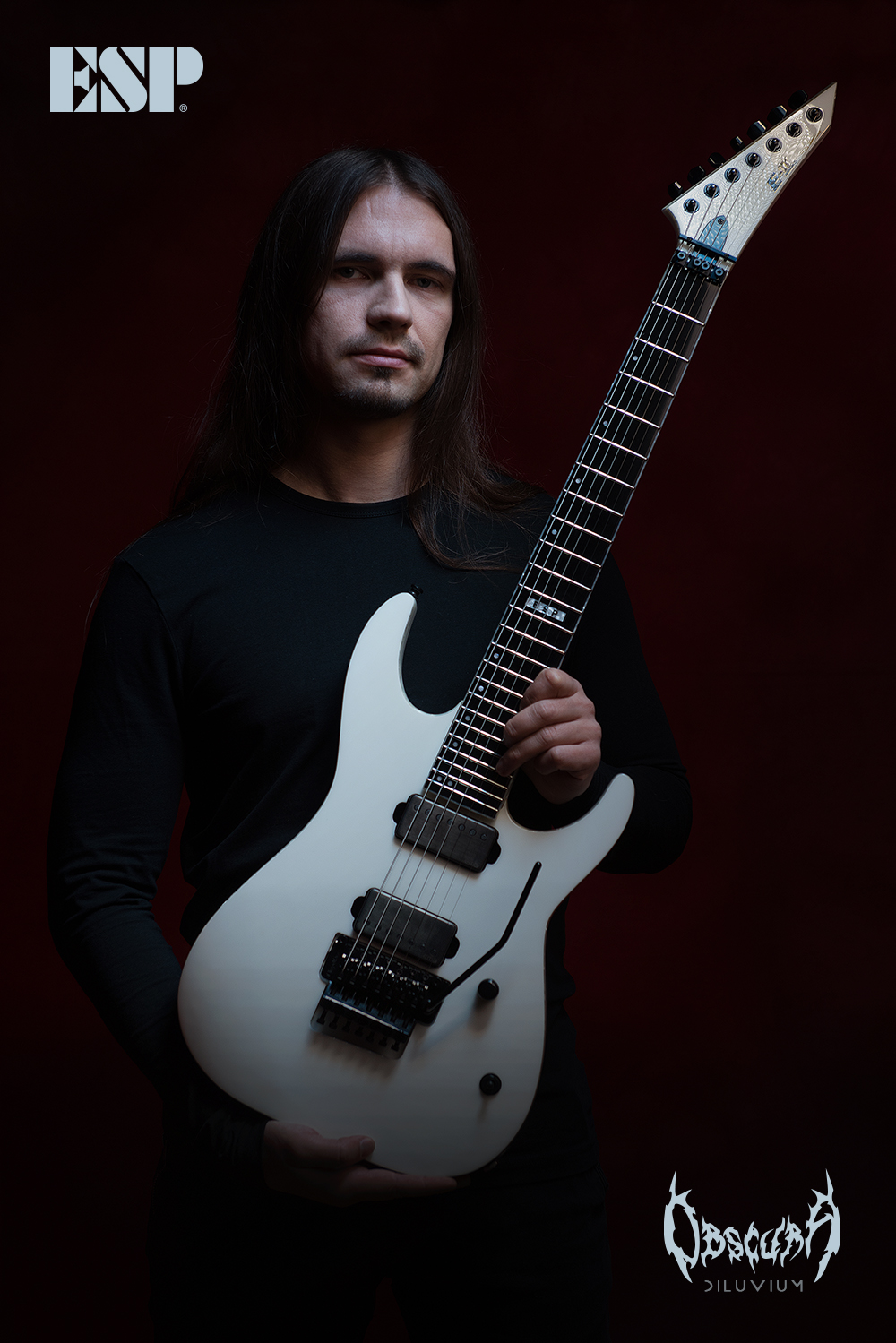 Guitarist and songwriter Steffen Kummerer, well known for his work as a member of progressive death metal band Obscura, black metal band Thulcandra, and currently a member of tribute act Death to All, has joined the ESP artist roster. Steffen is currently playing a custom shop E-II M-II Seven, a E-II Horizon FR-7 and a LTD A-430E LTD acoustic guitar.

“With ESP Guitars and their exceptional crafted guitars I developed and refined my personal sound from scratch. Some years ago I bought a wonderful white ESP Eclipse with a Floyd Rose system and was impressed by both, sound and manufacturing of the instrument. Within a close collaboration we are developing some interesting projects in the near future. Obscura’s new album, “Diluvium”, features the first recordings with the new sound – listen and enjoy.”

OBSCURA is set to begin a busy 2018 touring schedule. From February 1-5, the band will perform at the annual 70000 Tons of Metal with labelmates Exhumed. Later that month, OBSCURA begins their massive European tour with Sepultura, Goatwhore and Fit For An Autopsy. The tour commences on February 23, runs through 26 cities and ends on March 24.