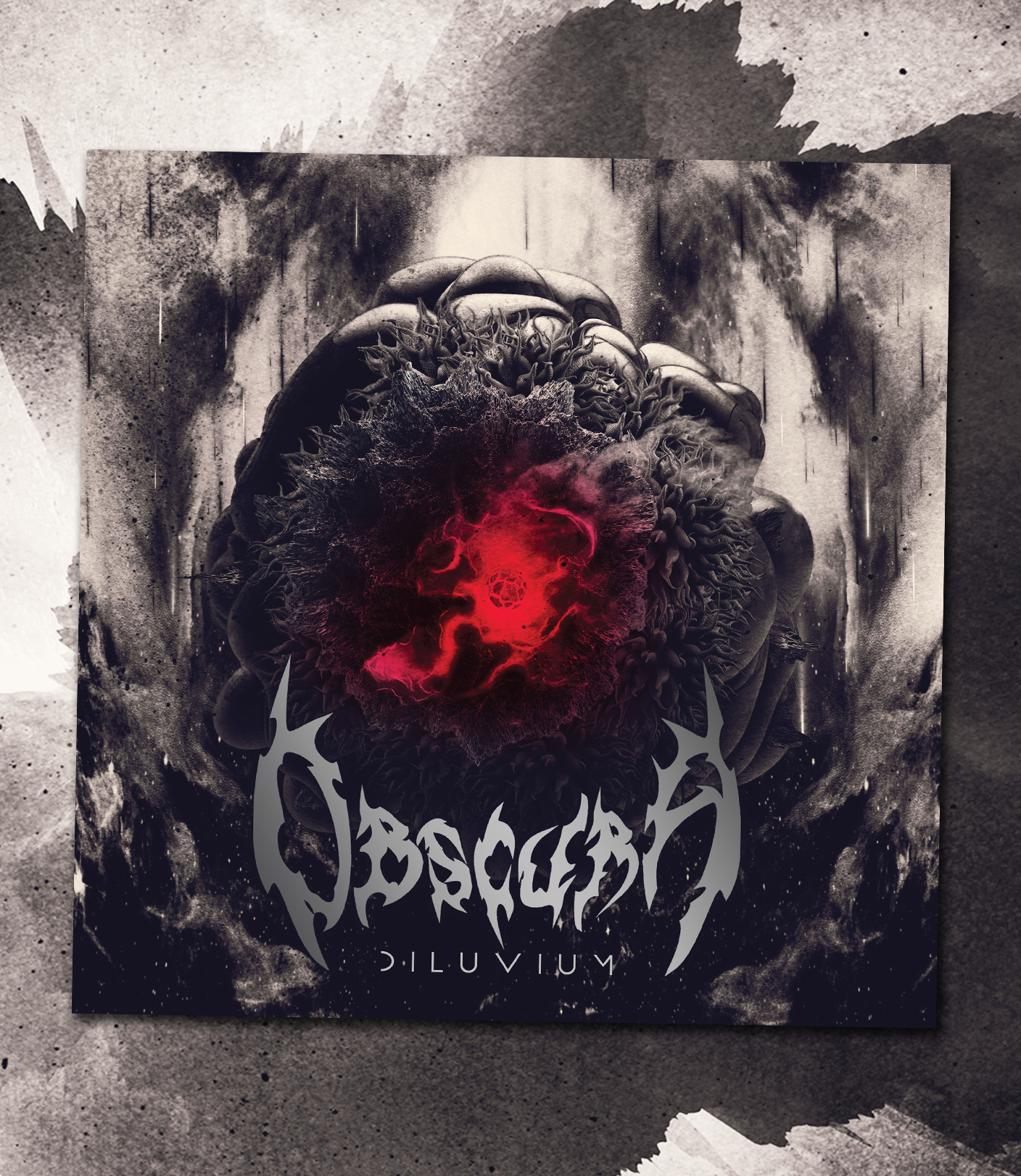 German tech-death unit Obscura are nearing the release of Diluvium, their fifth studio album. They’ve already shared the title track and are now debuting the next single “Ethereal Skies” here at Loudwire.

This track is rife with melody right from the start with some cyclical guitar tapping and while fairly catchy, the hook begins to dig in as the accompanying instrumentation indulges in proggier moments, fluid bass lines and stuttered, jagged rhythms. It all seems to be typical Obscura, but the mid-section adds the surprise of orchestration and a jazzy solo to help the band break into uncharted areas. With “Ethereal Skies,” Obscura throw down the gauntlet in an otherwise jaded tech-death scene.

“‘Ethereal Skies‘ marks a special collaboration with Obscura‘s former drummer, cellist and founding member Jonas Baumartl who performed on the band’s demos, Illegimitation, our debut album, Retribution and the pre-production for Cosmogenesis. While Jonas never got the attention he deserved and has been an important member of the band it felt like a closing chapter both of us started years ago,” offers vocalist / guitarist Steffen Kummerer.

The mainman also went on to reveal, “Alongside Jonas, the second guest on the album is Linus Klausenitzer‘s father, Prof. Ulf Klausenitzer who worked as a violinist and conductor with Arvo Pärt, Karl-Heinz Stockhausen, Mikis Theodorakis, Daniel Barenboim, Christian Thielemann, Pierre Boulez and many more. Diluvium will be the first release where Linus and his father collaborate and therefore a unique cooperation. You hear both, Jonas Baumgartl and Prof. Ulf Klausenitzer participating on cello and violin in the middle section of ‘Ethereal Skies‘.”

Diluvium will be released on July 13 through Relapse Records and pre-orders for the album can be placed here.

Additionally, OBSCURA have announced a North American headlining tour set to take place from mid September through early October. The band will be joined by Beyond Creation, Archspire, Inferi & Exist for what is sure to be THE most talked about progressive death metal tour of the year. The full list of tour dates will be announced shortly.

Watch the previously released video for “Diluvium” via YouTube HERE and stream the song AT THIS LOCATION. “Diluvium” was directed by Mirko Witzki (Kreator, Blind Guardian, Caliban) and further explores the album’s celestial themes.

OBSCURA’s fifth studio album Diluvium is due out July 13th on CD/LP/Digital via Relapse Records. Physical packages are available via Relapse.com HERE and Digital Downloads / Streaming Services AT THIS LOCATION.