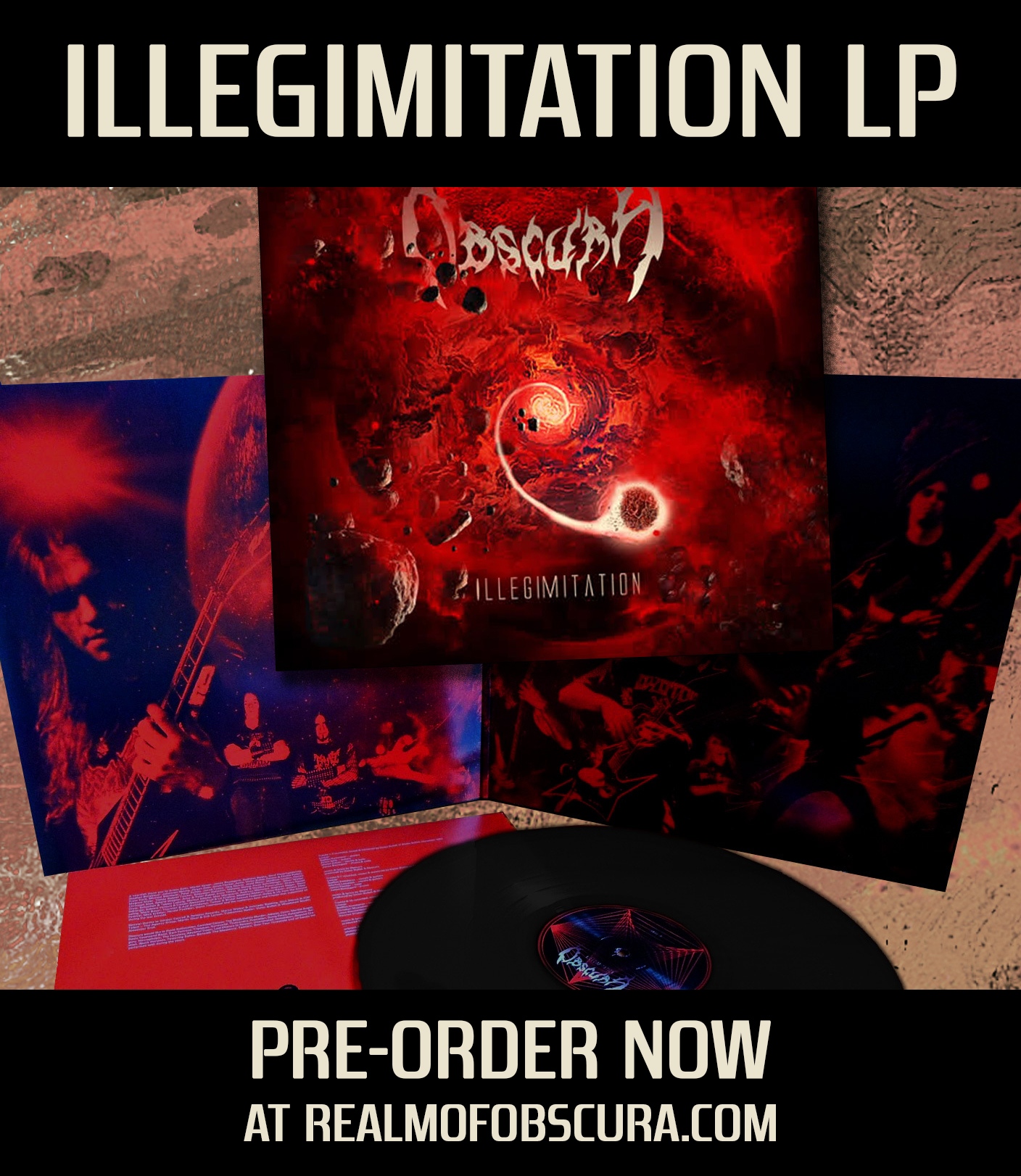 OBSCURA‘s first and only demo “Illegimitation” will finally be available on vinyl again. We’re gonna release it as Black Gatefold LP on the 1st of February.

The LP comes with an inlay booklet including never seen before photos & a full band history.
Pre-order your copy here: https://realmofobscura.com/product/illegimitation-lp-black