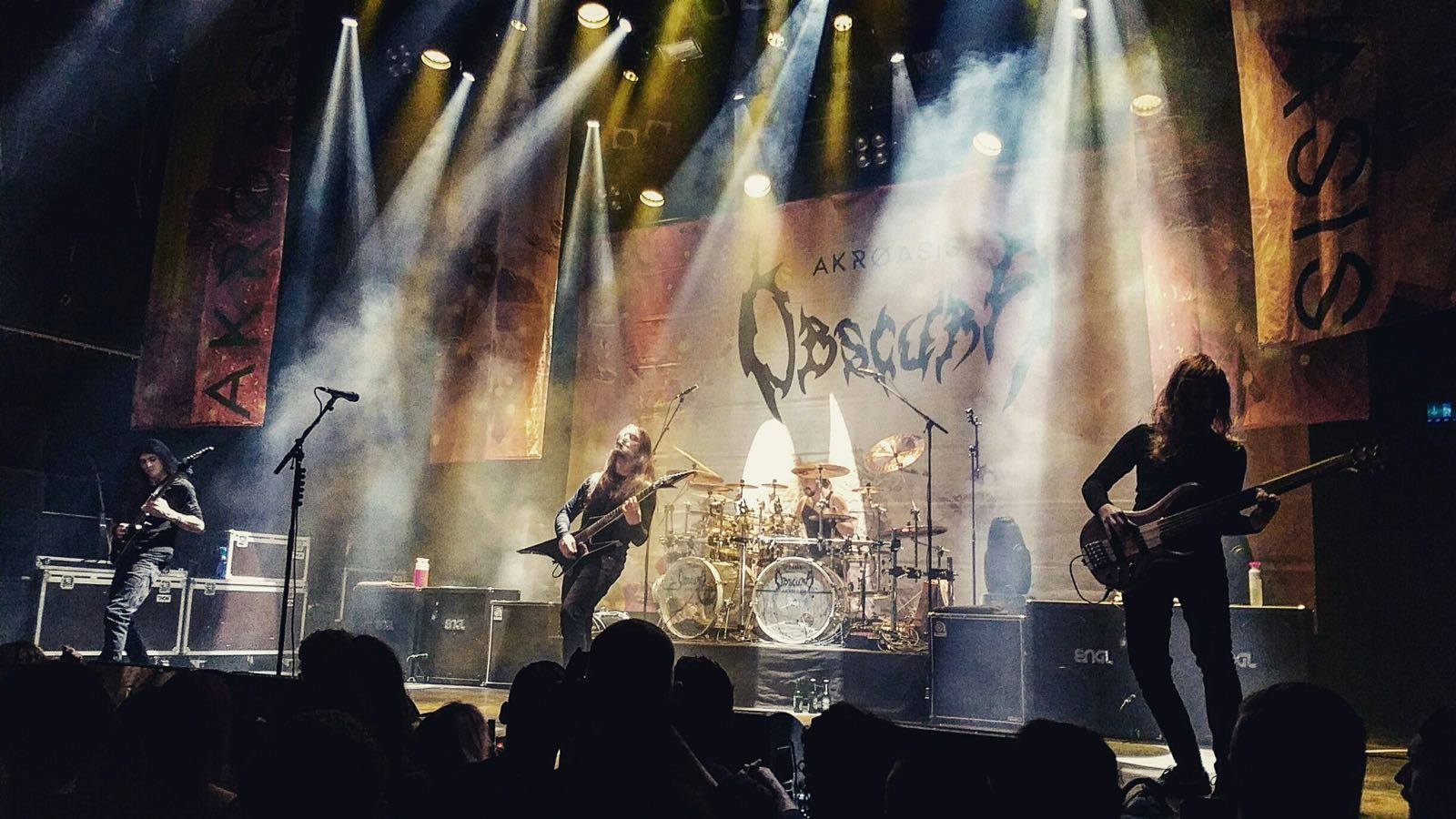 Technical death metal masters OBSCURA have entered the studio to record their yet-to-be titled fifth full-length album. The record is the final of a running 4 album concept cycle that began with Cosmogenesis in 2009. The band is recording the album with longtime producer V. Santura (Triptykon, Pestilence) at Woodshed Studios, Landshut, Germany. A Summer 2018 release is expected via Relapse.

“With our new album we complete a four album cycle that started back in 2009 when Cosmogenesis saw the light of day, followed by Omnivium in 2011 and our most recent record, Akroasis which was released earlier last year. Four albums linked in depth in terms of music, lyrics and visuals turned into a consistent 10 year long effort.

We enter Woodshed Studios alongside our long time producer and friend, V. Santura to record our most experimental and progressive record to date. While we took off the upcoming three months to record and produce our new album, we will finish the Akroasis World Tour with additional tour dates around the globe in 2018.”

Additionally, OBSCURA have announced the vinyl reissue of their second full-length album Cosmogenesis. Repressed on vinyl for the first time since it’s original release in 2009, OBSCURA‘s Relapse debut, Cosmogenesis is a front-to-back stroke of brilliance that seamlessly fuses modern metals extremity, the upper levels of technical virtuosity, and the symphonic grace of progressive music into a flawless album experience. On Cosmogenesis, OBSCURA more than justified their impressive pedigree as technical metal masters, an album that has since been regarded as one of the best metal albums of the 21st century.

The vinyl reissue of Cosmogenesis is due out November 3rd on LP/Digital. Pre-Order the LP at the Official Obscura Web Shop or via Relapse.com and stream the album digitally. The limited Metallic Silver and Royal Blue Merge with a Heavy Halloween Orange Mustard and Easter Yellow Splatter is accompanied by a Cosmogenesis album art slipmat.

Watch the trailer for the vinyl reissue featuring “The Anticosmic Overload” via YouTube: