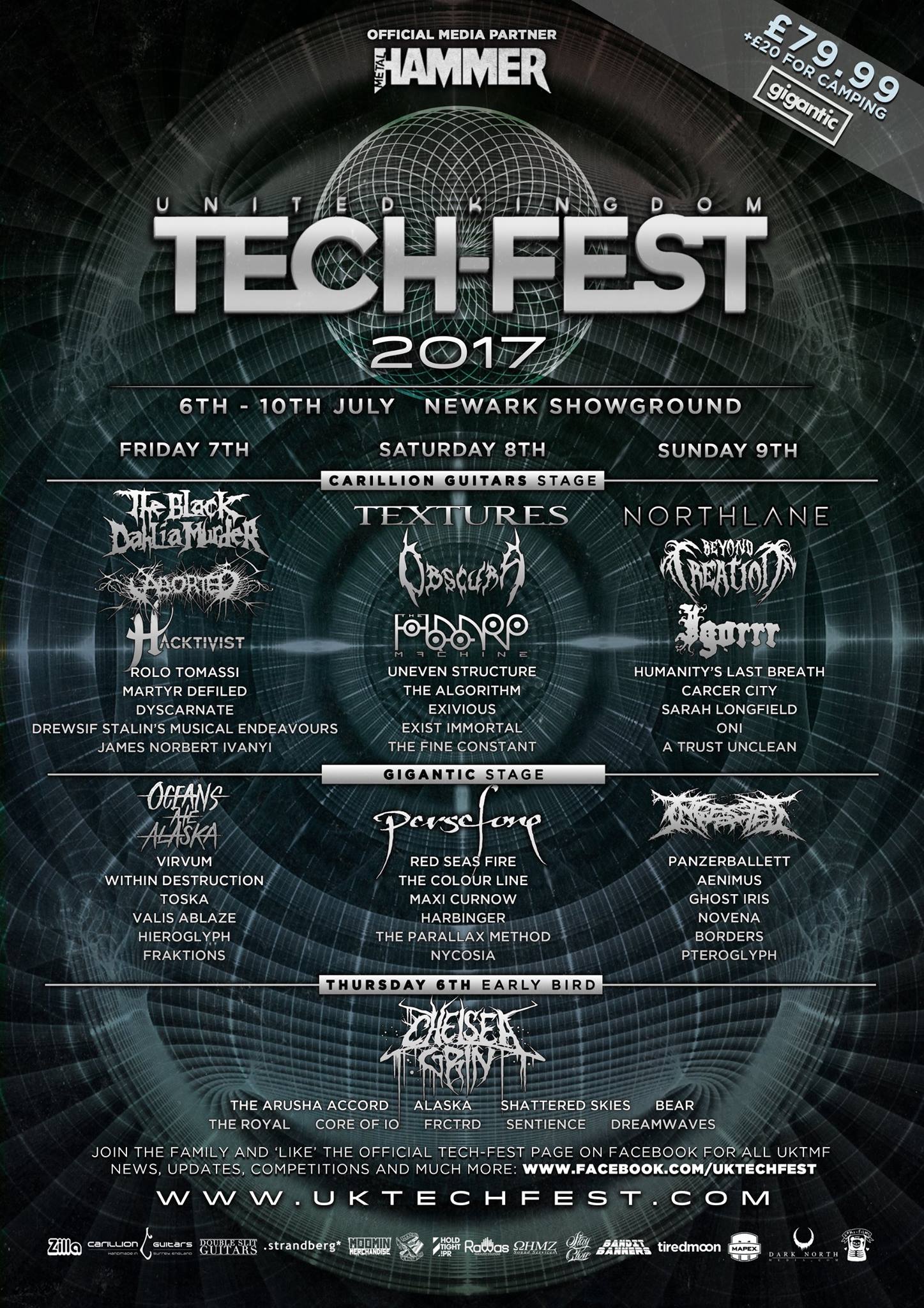 UK Tech-Metal Fest was founded on the 28th of August 2011, based on the vision of creating a festival centred around musical innovation, creativity and diversity.

With the UK being the centre of “Tech-Metal” we felt that the bands that made up this network needed a place to showcase their music. Tech-Fest was created in order to give a platform to the biggest and best upcoming bands in the UK and give them a chance to play alongside some of the most talented acts from around the rest of the world.

Tech-Fest is a place were the bands and fans are able to integrate, network and share the passion of music together. Tech-Fest 2012 began as one day event that quickly later developed into a three day long sold out festival due to the number of bands applying to play and the level of public support. The following year saw Tech-Fest 2013 evolve into an outdoor event with camping, parking, two stages and four event days with twice as many bands and attendees as before!

Since 2014 Tech-Fest has been held at Newark Showground on a bigger site with better facilities, with a bigger line-up. We look forward to seeing you there!